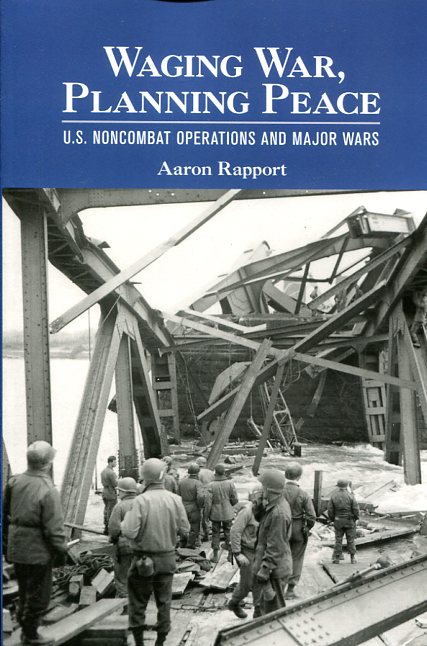 As the U.S. experience in Iraq following the 2003 invasion made abundantly clear, failure to properly plan for risks associated with postconflict stabilization and reconstruction can have a devastating impact on the overall success of a military mission. In Waging War, Planning Peace, Aaron Rapport investigates how U.S. presidents and their senior advisers have managed vital noncombat activities while the nation is in the midst of fighting or preparing to fight major wars. He argues that research from psychology—specifically, construal level theory—can help explain how individuals reason about the costs of postconflict noncombat operations that they perceive as lying in the distant future.
In addition to preparations for "Phase IV" in the lead-up to the Iraq War, Rapport looks at the occupation of Germany after World War II, the planned occupation of North Korea in 1950, and noncombat operations in Vietnam in 1964 and 1965. Applying his insights to these cases, he finds that civilian and military planners tend to think about near-term tasks in concrete terms, seriously assessing the feasibility of the means they plan to employ to secure valued ends. For tasks they perceive as further removed in time, they tend to focus more on the desirability of the overarching goals they are pursuing rather than the potential costs, risks, and challenges associated with the means necessary to achieve these goals. Construal level theory, Rapport contends, provides a coherent explanation of how a strategic disconnect can occur. It can also show postwar planners how to avoid such perilous missteps.