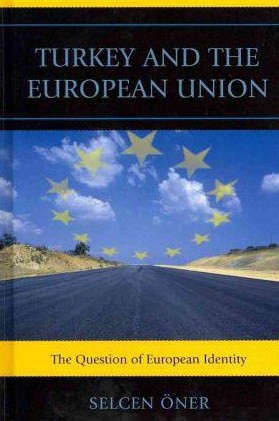 Turkey and the European Union
the question of european identity

European identity has always been in a state of construction. With the creation of the European Union, however, this construction now takes place within an institutional framework, introducing a number of new variables. Selcen Öner's Turkey and the European Union: The Question of European Identity is an in-depth analysis of the influence of these two entities on each others' identity as Europeans in a society of increasing social, political, and cultural connectedness. The mutual influence between Turks and Europeans gained significant momentum in 1999, when the European Union granted official candidate status to Turkey at that year's Helsinki Summit. Turkey's Europeanness is still being debated, despite the official stance that fulfilling the Copenhagen criteria and adopting the EU acquis are enough for being a full member of the EU. These debates have even lead to arguments between political elites of the European Union about their "privileged partnership" with Turkey. When comparing the attitudes of the European Union towards Turkey versus those towards Central and Eastern Europe, one could argue that that "return to Europe" discourse has accelerated the membership of the latter, but not the former. Currently Turkey is neither considered an "other," nor a member of the "family." Rather, Turkey is commonly relegated to the role of "crucial neighbor" or "strategic partner" by the political elites of the EU. Öner's study analyzes a series of interviews conducted with several members of the European Parliament and sheds serious light on the fact that discussions on Turkey's membership in terms of her Europeanness reveal countless ambiguities in defining European identity. It is clear that there is no common understanding or definition of European identity, even amongst political leaders in the EU who challenge Turkey's authenticity as a member of European society.