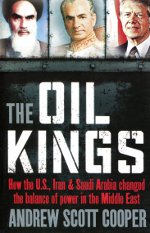 The oil kings
how the U.S., Iran and Saudi Arabia changed the balance of power in the Middle East

Oil Kings offers the first inside look at how an oil crisis was manipulated by Alan Greenspan, Donald Rumsfeld, and President Ford (hoping to secure his re-election), helping to precipitate the fall of the Shah of Iran in 1979. Andrew Scott Cooper reveals the fatal struggle between the oil kingsA", both Middle-Eastern and American, as they jockeyed for power, playing games that led directly to the rise of Iran's radical anti-American theocracy, which still exists today. An intrepid investigative reporter, Andrew Scott Cooper is the first to access newly declassified papers, and to interview key people who formulated US foreign poilicy in that period. Carefully connecting up the dots, he brilliantly reconstructs the history of that vexed decade when the modern world was changed forever. 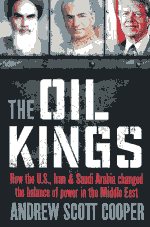