The last vote
the threats to western democracy

The Last Vote is a wake-up call showing why we cannot afford to take democracy for granted, from Philip Coggan, award-winning author of Paper Promises and The Money Machine. Can we afford to take democracy for granted? It's now so much a part of our lives that we could be forgiven for thinking it mainly takes care of itself. Almost half the world's population now lives in a democratic state, while some Western democracies have now had universal suffrage for almost a century and have endured through even the most severe of global upheavals. In The Last Vote, Philip Coggan shows how democracy today faces threats that we ignore at our own risk. Amid the turmoil of the financial crisis, high debt levels, and an ever-growing gap between the richest and the rest, it is easy to forget that the ultimate victim could be our democracy itself. Tracing democracy's history and development, from the classical world through the revolution of the Enlightenment and on to its astounding success in the nineteenth and twentieth centuries, Coggan revisits the assumptions on which it is founded. What exactly is democracy? Why should we value it? What are its flaws? And could we do any better? The Last Vote is a wake-up call, and an illuminating defence of a system, which, in Churchill's words, is the worst possible form of government, except for all the others that have been tried. Reasoned, lucid and balanced, Coggan's argument parrots neither the agenda of left nor right, but calls for us all to work together to ensure we don't end up in an even greater mess than we're in today. Finally, he proposes ideas for change and improvement to the system itself so the next vote we cast will not be the last. Praise for Paper Promises: "This book stands way above anything written on the present economic crisis". (Nassim Taleb, author of The Black Swan). "Bold and confident...This book should be taken very seriously". (John Authers, Financial Times). "The most illuminating account of the financial crisis to appear to date ...written with a lucidity that conveys deep insights without a trace of jargon". (John Gray, New Statesman). Philip Coggan was a Financial Times journalist for over twenty years, and is now the Buttonwood columnist for the Economist. In 2009 he was named Senior Financial Journalist in the Harold Wincott awards and was voted Best Communicator at the Business Journalist of the Year Awards. He is the author of The Money Machine, and Paper Promises, winner of the Spears Business Book of the Year Award and longlisted for the Financial Times Goldman Sachs Business Book of the Year Award. 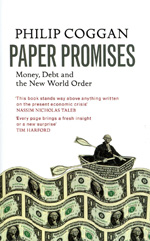 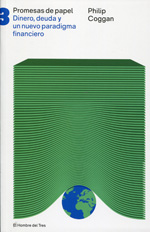 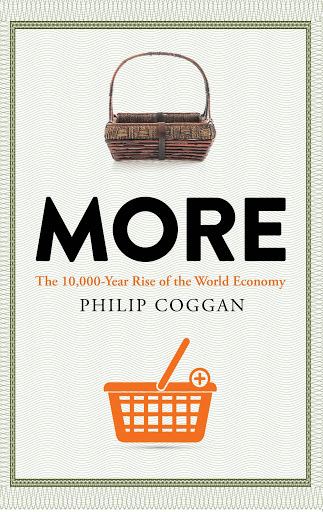