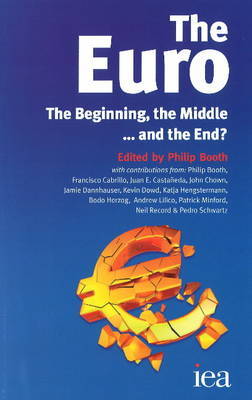 The Euro
the beginning, the middle and the end ...?

At the outset of the euro, there was strong opposition to Britain's participation from most free-market economists. However, economists took more nuanced positions with regards to participation by the majority of current euro zone member states. Indeed, continental free-market economists were generally supportive of the euro, believing it would reduce the tendency towards inflation and encourage economic reform. This book looks again at the debate when the euro was first introduced and traces the sources of its current problems. A group of leading monetary economists then propose radical solutions to resolve the long-running crisis of European Monetary Union which has - in all probability - merely been suppressed by the actions of member governments and of the European Central Bank. The authors are all agreed that we cannot return to the status quo if the current members of the euro zone are to prosper in the long term.

Towards a liberal utopia?

Verdict on the crash

Does Britain need a financial regulator?