Political parties are the defining institutions of representative democracy and the darlings of political science. Their governing and electoral functions are among the chief concerns of the field. Yet most political theorists--including democratic theorists--ignore or disparage parties as grubby arenas of ambition, obstacles to meaningful political participation and deliberation. On the Side of the Angels is a vigorous defense of the virtues of parties and partisanship, and their worth as a subject for political theory. Nancy Rosenblum's account moves between political theory and political science, and she uses resources from both fields to outline an appreciation of parties and the moral distinctiveness of partisanship. She draws from the history of political thought and identifies the main lines of opposition to parties, as well as the rare but significant moments of appreciation. Rosenblum then sets forth her own theoretical appreciation of parties and partisanship. She discusses the achievement of parties in regulating rivalries, channeling political energies, and creating the lines of division that make pluralist politics meaningful. She defends "partisan" as a political identity over the much-vaunted status of "independent," and she considers where contemporary democracies should draw the line in banning parties. On the Side of the Angels offers an ethics of partisanship that speaks to questions of centrism, extremism, and polarization in American party politics. By rescuing parties from their status as orphans of political philosophy, Rosenblum fills a significant void in political and democratic theory. 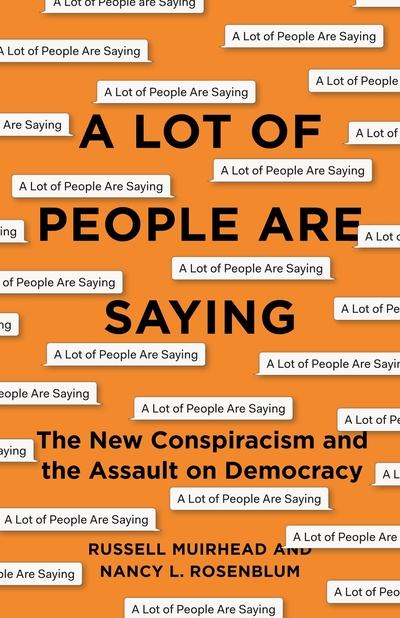 A lot of people are saying