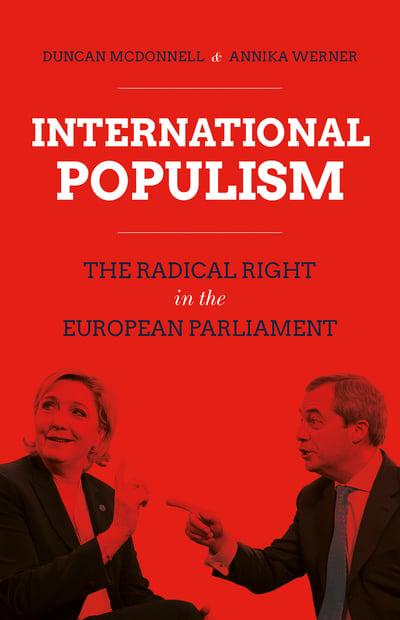 International populism
the radical right in the European Parliament

The 2014 European Parliament elections were hailed as a 'populist earthquake', with parties like the French Front National, UKIP and the Danish People's Party topping the polls in their respective countries. But what happened afterwards? Based on policy positions, voting data, and interviews conducted over three years with senior figures from fourteen radical right populist parties and their partners, this is the first major study to explain these parties' actions and alliances in the European Parliament. International Populism answers three key questions: why have radical right populists, unlike other ideological party types, long been divided in the Parliament? Why, although divisions persist, are many of them now more united than ever? And how does all this inform our understanding of the European populist radical right today? Arguing that these parties have entered a new international and transnational phase, with some trying to be 'respectable radicals' while others embrace their shared populism, McDonnell and Werner shed new light on the past, present and future of one of the most important political phenomena of twenty-first-century Europe.