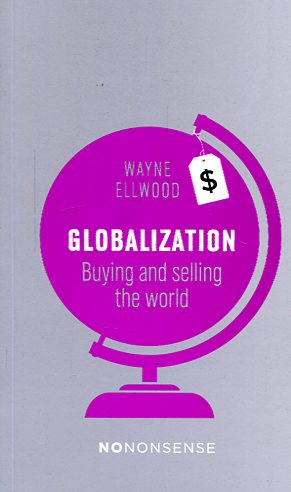 Globalization
buying and selling the world

Globalization has shrunk the world in the name of free trade and broken down many of the boundaries between peoples. But it has also been a powerful driver of inequality, over-consumption and corporate control. This fully updated edition unpacks the complexities of globalization, examines the forces in whose interests it works, and provides the critical analysis for re-appraising the system. Part of four-title relaunch of the NoNonsense series with new cover designs, layout and logo. Completely revised and updated, previous editions of the No-Nonsense Guide to Globalization have, for a number of years, consistently ranked in the most accessible and useful titles in their subject category. Combines thorough research with excellent writing and critical analysis to provide an incisive, compelling introduction for students and general readers alike. Sales of previous editions total over 70,000 and have been widely course adopted across a range of subjects and departments - international relations, sociology, literature and film, comparative studies (gender, culture, race) are some examples.

The No-nonsense guide to globalization