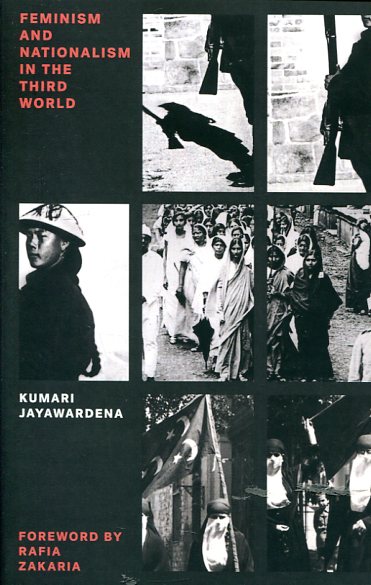 Feminism and nationalism in the Thrid World

For twenty-five years, Feminism and Nationalism in the Third World has been an essential primer on the late nineteenth- and early twentieth-century history of women’s movements in Asia and the Middle East. In this engaging and well-researched survey, Kumari Jayawardena presents feminism as it originated in the Third World, erupting from the specific struggles of women fighting against colonial power, for education or the vote, for safety, and against poverty and inequality.

Journalist and human rights activist Rafia Zakaria’s foreword to this new edition is an impassioned letter in two parts: the first to Western feminists; the second to feminists in the Global South, entreating them to use this “compendium of female courage” as a bridge between women of different nations.

Feminism and Nationalism in the Third World was chosen as one of the top twenty Feminist Classics of this Wave, 1970–1990, by Ms. magazine, and won the Feminist Fortnight Award in the UK.