Demanding democracy
american radicals in serach of a new politics

This is a major work of history and political theory that traces radical democratic thought in America across the twentieth century, seeking to recover ideas that could reenergize democratic activism today. The question of how citizens should behave as they struggle to create a more democratic society has haunted the United States throughout its history. Should citizens restrict themselves to patient persuasion or take to the streets and seek to impose change? Marc Stears argues that anyone who continues to wrestle with these questions could learn from the radical democratic tradition that was forged in the twentieth century by political activists, including progressives, trade unionists, civil rights campaigners, and members of the student New Left. These activists and their movements insisted that American campaigners for democratic change should be free to strike out in whatever ways they thought necessary, so long as their actions enhanced the political virtues of citizens and contributed to the eventual triumph of the democratic cause. Reevaluating the moral and strategic arguments, and the triumphs and excesses, of this radical democratic tradition, Stears contends that it still offers a compelling account of citizen behavior - one that is fairer, more inclusive, and more truly democratic than those advanced by political theorists today. 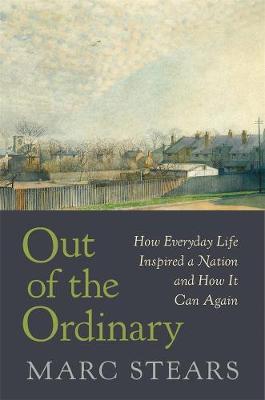 Out of the ordinary