Societies around the world have experienced a flood of information from diverse channels originating beyond local communities and even national borders, transmitted through the rapid expansion of cosmopolitan communications. For more than half a century, conventional interpretations, Pippa Norris and Ronald Inglehart argue, have commonly exaggerated the potential threats arising from this process. A series of firewalls protect national cultures. This book develops a new theoretical framework for understanding cosmopolitan communications and uses it to identify the conditions under which global communications are most likely to endanger cultural diversity. The authors analyze empirical evidence at both the societal level and the individual level, examining the outlook and beliefs of people in a wide range of societies. The study draws on evidence from the World Values Survey, which covers 90 societies in all major regions worldwide from 1981 to 2007. The conclusion considers the implications of the authors' findings for cultural policies. 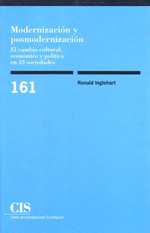