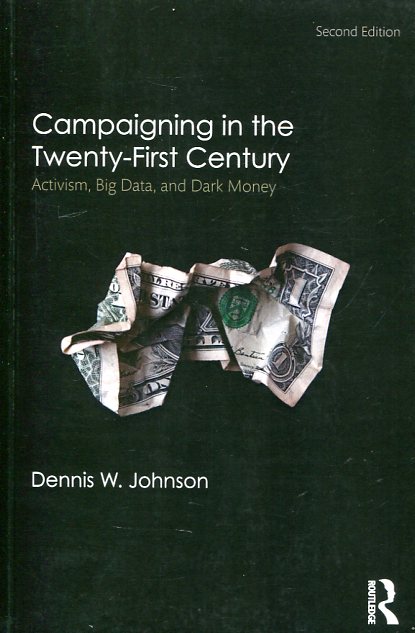 In view of the 2016 US election season, the second edition of this book analyzes the way political campaigns have been traditionally run and the extraordinary changes that have occurred since 2012. Dennis W. Johnson looks at the most sophisticated techniques of modern campaigning-micro-targeting, online fundraising, digital communication, the new media-and examines what has changed, how those changes have dramatically transformed campaigning, and what has remained fundamentally the same despite new technologies and communications. Campaigns are becoming more open and free-wheeling, with greater involvement of activists (especially through social media) and average voters alike. At the same time, they have become more professionalized, and the author has experience managing and marketing the process. Campaigning in the Twenty-First Century illustrates the daunting challenges for candidates and professional consultants as they try to get their messages out to voters. Ironically, the more open and robust campaigns become, the greater is the need for seasoned, flexible, and imaginative professional consultants. New to the Second Edition * Includes coverage of the 2012 and 2014 elections, looking ahead to 2016. * Updates coverage of campaign finance since the landmark Citizens United Supreme Court decision. * Adds to the discussion of demographic and technological changes in elections since 2012.

The laws that shaped America