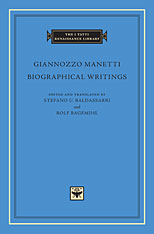 The Renaissance recovery of ancient biographical writers such as Plutarch, Suetonius, and Jerome led to a wave of imitations by Renaissance authors from Petrarch to Machiavelli. The orator, diplomat, and statesman Giannozzo Manetti (1396–1459), an expert in Greek and Hebrew as well as Latin, was among the leading humanist biographers of the Renaissance.

This collection brings together his famous biographies of Dante, Petrarch, and Boccaccio, which helped establish the canon of Italian literature, as well as his parallel lives of Socrates and Seneca, which remained the standard biographical sources for those philosophers throughout the early modern period. It also includes extended excerpts from two works, On Famous Men of Great Age and Against the Jews and the Gentiles, which contain biographical entries on a range of Italian literary figures from Brunetto Latini and Guido Cavalcanti to Coluccio Salutati and Leonardo Bruni.

Edited and translated by Stefano U. Baldassarri and Rolf Bagemihl. 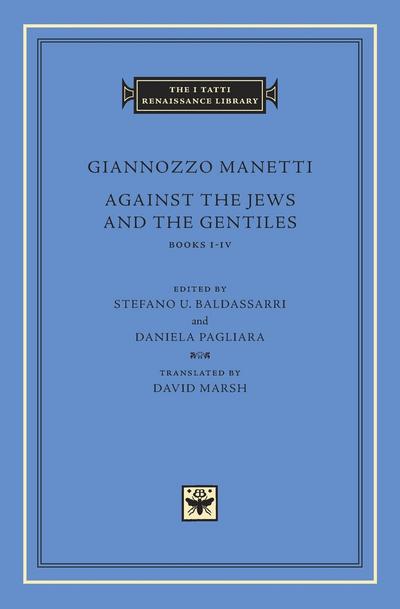 Against the Jews and the gentiles: Books I-IV 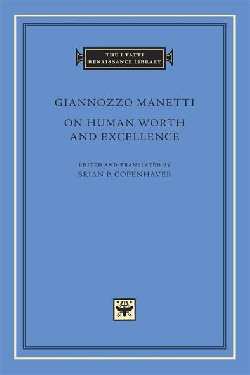 On human worth and excellence