Antagonistics
capitalism and power in an age of war

Antagonistics addresses core political and theoretical questions: How should we conceive the relations between neo-imperial warfare and neoliberalism, American hegemony and capitalist globalization? Reflections on the central issues of the post-9/11 order are set within a larger framework, tracing the intertwined evolution of the modern state system and the capitalist mode of production, from the Treaty of Westphalia to the Occupation of Iraq. Balakrishnan interrogates three key political perspectives - liberalism (Tocqueville), the radical right (Schmitt), and the Marxist left (Althusser) - for their insights on state power and civil society, democracy, and class. Antagonistics combines intellectual history, political philosophy, and historical sociology to produce a highly distinctive portrait of an age of capital and war. 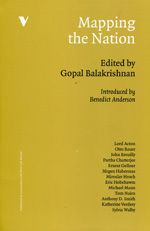