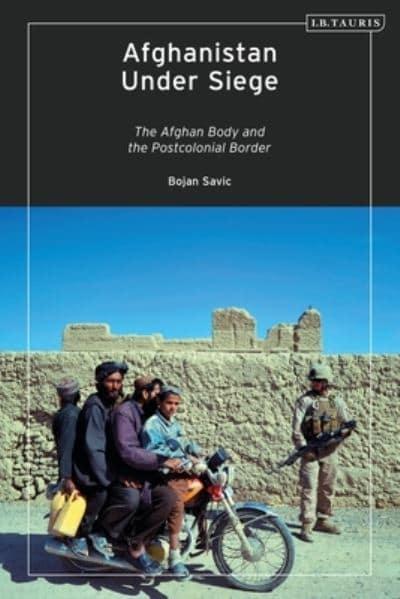 Afghanistan under siege
the Afghan body and the postcolonial border

In this book, based on field work undertaken in Afghanistan itself and through engagement with postcolonial theory, Bojan Savic critiques western intervention in Afghanistan by showing how its casting of Afghan natives as "dangerous" has created a power network which fractures the country - in echoes of 19th and 20th century colonial powers in the region. Savic also offers an analysis of how and by what means global security priorities have affected Afghan lives.

PART I: Questions, Who is Addressing Them, and How
Chapter 1: Introduction: The Abnormal of the Afghan War on Terror
PART II: Why Does Postcolonial Security Care About Herat?
Chapter II: Mapping Out Tools of Critique: A Conceptual Framework
Chapter III: Spaces and Forces of Pacification and Containment
PART III: Power over Heratis and Resistances to It: Three Case Studies
Chapter IV: How Pacified Heratis "Milk the Cow": Nonviolent Resistances to Global Security
Chapter V: Banished by Culture, Violated in Its Midst: Managing Musalla's Homeless between Minarets, Development, and Security
Chapter VI: Experiencing Self as the Periphery: Heratis at the Iranian-Afghan Border
PART IV: Conclusion
Chapter VII: On Postcolonial Power Equilibria
Index