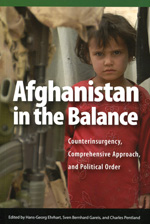 Afghanistan in the balance
counterinsurgency, comprehensive approach, and political order

In the aftermath of 9/11, a NATO-led coalition entered Afghanistan. A decade later the country's prospects are still very troubling. As the coalition gradually prepares to withdraw and the Afghan National Army and Police assume increasing responsibility, Afghanistan in the Balance brings together Canadian and European experts to answer important questions concerning the country's future: What has been the impact of ten years of international intervention? What lessons have been learned about the conduct and consequences of such missions? Three sets of critical issues are discussed in this book. First, whether the doctrine of counterinsurgency, introduced officially by the US in 2009, can be implemented to lasting effect against a persistent and adaptive foe. Second, whether what is now called the "comprehensive approach" can achieve the long-sought but still-elusive aim of seamless coordination among military and civilian actors at the local, national, and alliance levels. And finally, how the outcome of the intervention in Afghanistan is likely to affect, and be affected by, the evolving regional and global order. Afghanistan in the Balance is a timely study of the ripple effect that the situation in Afghanistan has sent around the world. 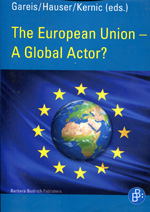