The crusades influenced western European society in the middle ages far beyond the military campaigns themselves. Reactions and involvement did not always follow the assumptions of ideology or supporters, medieval or modern. In this wide ranging collection of articles spanning thirty years, Christopher Tyerman explores the relationships between action and perception, ambition and practice, propaganda and support. One section concentrates on the role the crusade played in the politics and elite culture of the early fourteenth century, particularly in France. A further series of essays examines the nature of crusading as a phenomenon from the twelfth to the sixteenth centuries, notably the contrasts between official, literary and popular reception, and how it was variously understood by contemporaries and promoted by apologists in England, continental Europe and the Baltic. Finally, the structure of crusading armies is explored in a sequence that analyses the organisation of expeditions, including communal decision-making on the First Crusade, the sociology of recruitment and, in a previously unpublished major study, the importance of pay to crusaders from 1096 onwards. 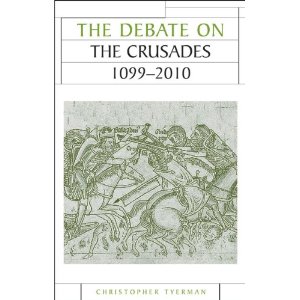 The debate on The Crusades