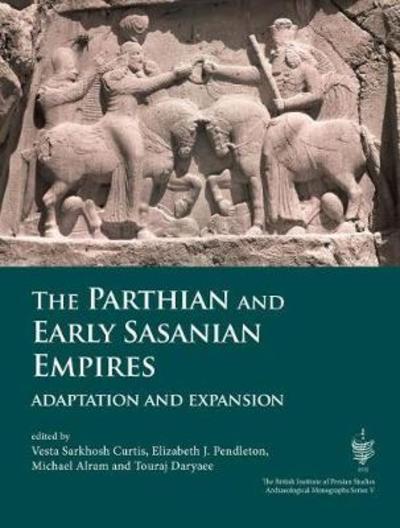 The Parthian and Early Sasanian Empires
adaptation and expansion

Although much of the primary information about the Parthian period comes from coins, there has been much new research undertaken over the past few decades into wider aspects of both the Parthian and Sasanian Empires including the Arsacid Parthians, and their material culture. Despite a change of ruling dynasty, the two empires were closely connected and cannot be regarded as totally separate entities. The continuation of Parthian influence particularly into the early Sasanian period cannot be disputed. An historic lack of detailed information arose partly through the relative lack of excavated archaeological sites dating to the Parthian period in Iran and western scholars' lack of knowledge of recent excavations and their results that are usually published in Persian, coupled with the inevitable difficulties for academic research engendered by the recent political situation in the region. Although an attempt has been made by several scholars in the west to place this important Iranian dynasty in its proper cultural context, the traditional GrecoRoman influenced approach is still prevalent. The present volume presents 15 papers covering various aspects of Parthian and early Sasanian history, material culture, linguistics and religion which demonstrate a rich surviving heritage and provide many new insights into ideology, royal genealogy, social organisation, military tactics, linguistic developments and trading contacts.