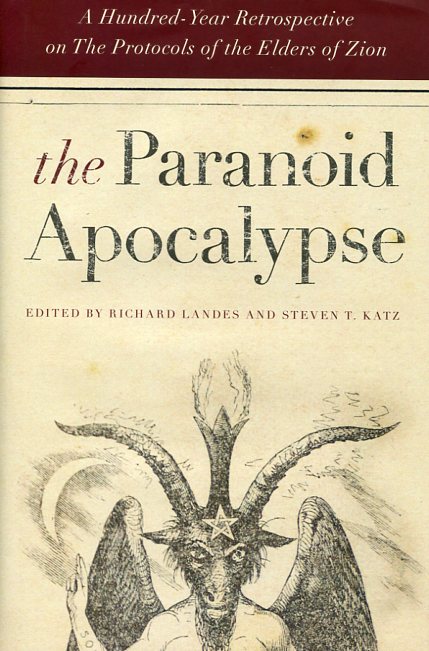 The Protocols of the Elders of Zion, first published in Russia around 1905, claimed to be the captured secret protocols from the first Zionist Congress in Basel in 1897 describing a plan by the Jewish people to achieve global domination. While the document has been proven to be fake, much of it plagiarized from satirical anti-Semitic texts, the damage was done: it had a major impact throughout Europe during the first half of the 20th century, particularly in Germany. After World War II, the text was further denounced. Anyone who referred to it as a genuine document was seen as an ignorant hate-monger. Yet there is abundant evidence that The Protocols is resurfacing in many places. The Paranoid Apocalypse re-examines the text's popularity, investigating why it has persisted, as well as larger questions about the success of conspiracy theories even in the face of claims that they are blatantly counterfactual and irrational. It considers the medieval pre-history of The Protocols, the conditions of its success in the era of early twentieth-century secular modernity, and its post-Holocaust avatars, from the Muslim world to Walmart and Left-wing anti-American radicalism. Contributors argue that the key to The Protocols' longevity is an apocalyptic paranoia that lays the groundwork not only for the myth's popularity, but for its implementation as a vehicle for genocide and other brutal acts.