The I.B. Tauris History of Monasticism
the Western tradition

From the earliest centuries of the church, asceticism and the contemplative life have been profoundly important aspects of western Christianity. And in assessing the glories of western civilization, perhaps the best place to start is within medieval monastic institutions, not outside of them. For while monasteries withdrew from the main currents of their societies, until the rise of universities in the 12th century they provided fertile soil and sanctuary to the liberal arts and sciences as well as those who wanted to spend their lives focused upon God. They became the driving cultural forces of Europe, nurturing education, music, manuscript illumination, art and history, agriculture, animal husbandry - all in addition to spiritual guidance. In this first general history of monasticism since 1900, Andrea Dickens explores the cloistered communities and individuals who have aspired to the ascetic ideal in their religious life, assessing the impact they have made on the wider church and its practices. She discusses some of the best known names in Christian history - including Cuthbert, Columba, Hilda of Whitby, Peter Abelard and Thomas Merton - and traces the monastic impulse from its beginnings in the Egyptian desert through the Rule of St Benedict, Cluny's foundation in 910, the austerity of the Cistercians, the legacy of women's houses, the critique of Luther and Calvin, Trappists and Catholic reform, up to the present-day ecumencial Taize community. Offering a lively and informed overview of western monasticism, the book will be essential reading for students of history and religion as well as the lay reader. 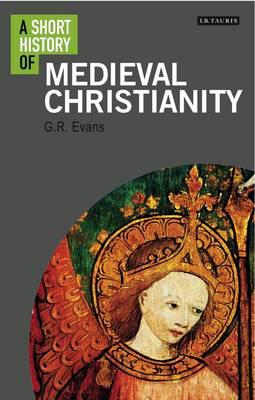 A short history of Medieval Christianity

The University of Oxford

The Church in the Early Middle Ages