The econometrics of corporate governance studies

A vast theoretical and empirical literature in corporate finance considers the interrelationships of corporate governance, takeovers, management turnover, corporate performance, corporate capital structure, and corporate ownership structure. Most of the studies look at two variables at a time. In this book Sanjai Bhagat and Richard Jefferis argue that from an econometric viewpoint, the proper way to study the relationship between any two of these variables is to set up a system of simultaneous equations that specifies the relationships among the six variables. The specification and estimation of such a system of simultaneous equations, however, is nontrivial. The authors illustrate their argument with a discussion of the impact of corporate anti-takeover measures on takeovers and managerial job-tenure. During the past two decades, an overwhelming majority of publicly held U.S. corporations have adopted anti-takeover measures. The authors show that, contrary to expectation, defense measures are ineffective in preventing takeovers and the frequency of CEO departures is unrelated to takeover defenses. At firms with poison pill defenses, however, there is a statistically significant relationship between management turnover and company performance. 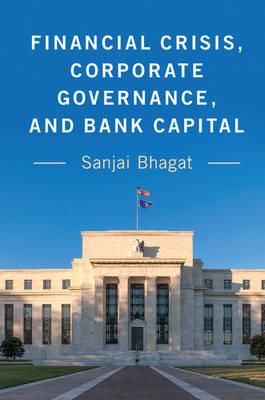