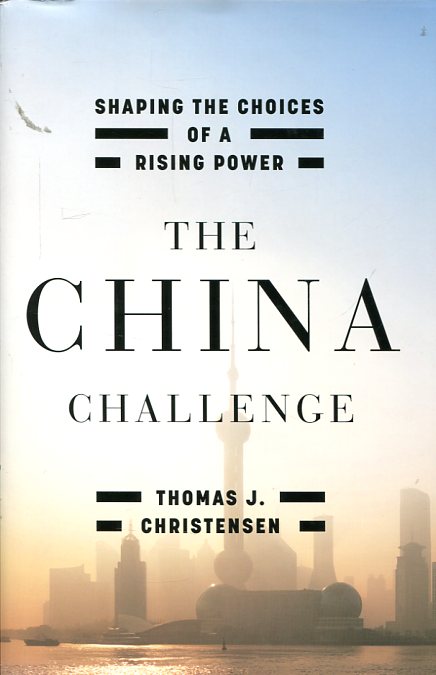 The China challenge
shaping the choices of a rising power

Many see China's rise as a threat to U.S. leadership in Asia and beyond. Thomas J. Christensen argues instead that the real challenge lies in dissuading China from regional aggression while eliciting its global cooperation. Drawing on decades of scholarship and experience as a senior diplomat, Christensen offers a deep perspective on China's military and economic capacity. Assessing China's political outlook and strategic goals, Christensen shows how nationalism and the threat of domestic instability influence the party's decisions about regional and global affairs. If China obstructs international efforts to confront nuclear proliferation, civil conflicts, financial instability, and climate change, those efforts will likely fail; but if China merely declines to support such efforts, the problems will grow vastly more complicated. Articulating a balanced strategic approach along with perceptive historical analysis, Christensen describes how we might shape China's choices in the coming decades so that it contributes more to the international system from which it benefits so much.