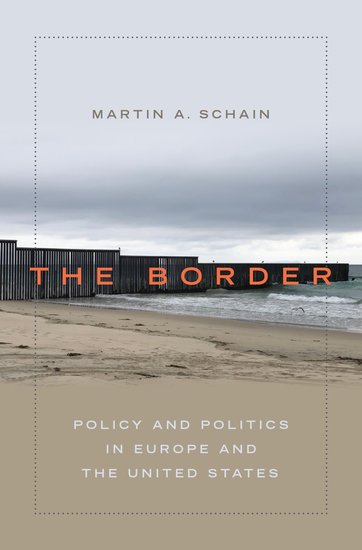 The border
policy and politics in Europe and the United States

In our globalized world, borders are back with a vengeance. New data shows a massive increase of walls and barriers between countries after 2001. However, at the same time, the flow of people and the growth of trade have continued at impressive rates, and arguments for more open borders remain relevant. In The Border, Martin Schain compares how and why border policy has become increasingly important, politicized, and divisive in both Europe and the United States. Drawing from an intensive analysis of documents and interviews, he argues that border control is a growing international movement. In Europe, the European Union is under scrutiny, and many countries seek to block the entry of asylum-seekers from wars in the Near East. In the US, Donald Trump pledged to build a wall along the Mexico border, restricted the entry of Syrian asylum-seekers, and more generally tried to ban Muslim immigration. Moreover, on both sides of the Atlantic, trade barriers appear in the political agendas of major parties. Schain delves into these interlinked phenomena, showing that migration, identity, and trade have been packaged and transformed into hotly contested issues of border governance and control.

The politics of inmigration in France, Britain, and the United States