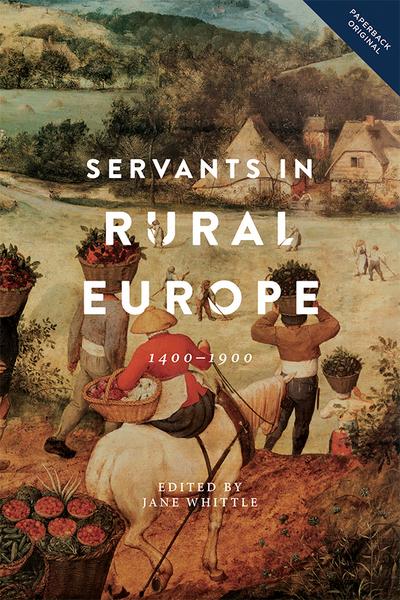 This is the first book to survey the experience of servants in rural Europe from the fifteenth to the nineteenth century. Live-in servants were a distinctive element of early modern society. They were typically young adults aged between 16 and 24 who lived and worked in other people's households before marriage. Servants tended to be employed for long periods, several months to years at a time, and were paid with food and lodging as well as cash wages. Both women and men worked as servants in large numbers. Unlike domestic servants in towns and wealthy households, rural servants typically worked on farms and were an important element of the agricultural workforce. Historians have viewed service as a distinct life-cycle stage between childhood and marriage. It brought both freedom and servility for young people. It allowed them to leave home and earn a living before marriage, whilst learning a range of agricultural and craft skills which reduced their dependence on their parents and increased their choice in marriage partners. Still, servants had limited rights: they were under the authority of their employer, with a similar legal status to children. In many countries the employment of servants was tightly controlled by law. Servants could demand their wages, and leave when the contract ended, but had to work long hours and had little say in their work tasks during employment. While some servants effectively became family members, trusted and cared for, others were abused physically and sexually by their employers. This collection features a range of methodologies, reflecting the variety of source materials and approaches available to historians of this topic in a range of European countries and time periods. Nonetheless, it demonstrates the strong common themes that emerge from studying servants and will be of particular interest to historians of work, gender, the family, agriculture, economic development, youth and social structure.