Ruling by statute
how uncertainty and vote buying shape lawmaking

What are the main factors that allow presidents and prime ministers to enact policy through acts of government that carry the force of law? Or, simply put, when does a government actually govern? The theory presented in this book provides a major advance in our understanding of statutory policy making. Using a combination of an original analytical framework and statistical techniques, as well as historical and contemporary case studies, the book demonstrates that, contrary to conventional wisdom, variations in legislative passage rates are the consequences of differences in uncertainty, not partisan support. In particular, it shows that a chief executive's legislative success depends on the predictability of legislators' voting behavior and whether buying votes is a feasible option. From a normative standpoint, the book reveals that governability is best served when the opposition has realistic chances of occasionally defeating the executive in the legislative arena. 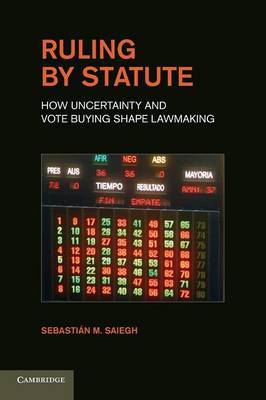