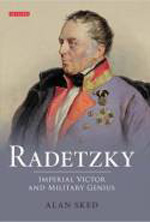 History remembers Wellington's defeat of Napoleon, but has forgotten the role of Field Marshal Radetzky in the battles which led to Napoleon's abdication and first exile in 1814. As Chief of Staff to the allied coalition of 1813-14, Radetzky determined the shape of the most decisive campaigns of the Napoleonic Wars by creating the strategy that defeated the Corsican in Germany and then France. Neither Russia nor Prussia had been able to overcome Napoleon in battle and it took the brilliant diplomacy of Metternich and the military genius of Radetzky to ensure victory over the Emperor. In short, the Austrian contribution decisively tipped the balance against Napoleon - a fact which has always been overlooked by historians. It was Radetzky, too, at the age of eighty-two, who defeated the Italians in 1848 and 1849 and thus saved Europe once again from the prospect of international war and revolution. The wars Radetzky fought - and won - throughout his extensive military career were of the greatest possible significance in European history, yet today, he is almost forgotten - remembered only in the music of the Radetzky March, dedicated to him by Johann Strauss the elder. In this, the first biography of Radetzky to be published in English, Alan Sked paints a vivid picture of an exceptional, yet neglected commander of genius in a book which will be fascinating reading for enthusiasts of military and modern European history.