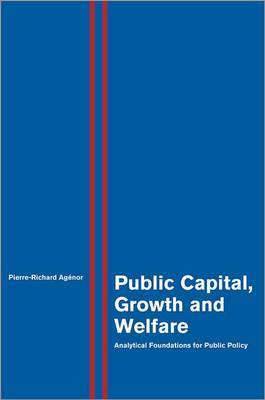 In the past three decades, developing countries have made significant economic and social progress, from improved infant mortality rates to higher life expectancy. Yet, 1.3 billion people continue to live in extreme poverty in the developing world, leading policymakers to place a renewed emphasis on policies that could promote economic efficiency and the productivity of the poor. How should these policies be sequenced and implemented to spur growth? Would a large, front-loaded increase in public infrastructure investment yield the desired growth-promoting effect? Taking a rigorous look at this kind of investment and its outcomes, this book explores the different channels through which public capital in infrastructure may affect growth and human welfare, and develops a series of formal models for understanding how these channels operate. Bringing together a vast amount of research in one unifying framework, Pierre-Richard Agenor finds that in considering investment in infrastructure, a variety of externalities need to be factored into analytical models and introduced in policy debates. Lack of access to infrastructure not only constrains the expansion of markets and private investment, it may also hinder the achievement of health and education targets. Ease of access, conversely, promotes innovation and empowers women by allowing them to reallocate their time to productive uses. Laying a solid foundation of economic facts and ideas, "Public Capital, Growth, and Welfare" provides a comprehensive look at the critical role of public capital in development.

The economics of adjustment and growth