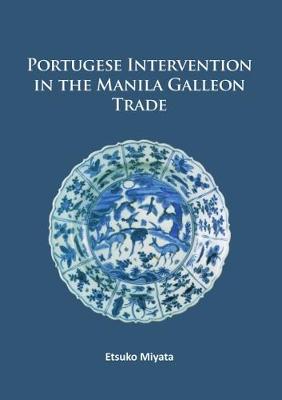 In this study of the Portuguese intervention in the Manila Galleon Trade, Etsuko Miyata explores its history through a new approach: the examination of Chinese ceramics. The excavated Chinese ceramics from Mexico City shed light on the nature of Portuguese involvement in this huge sixteenth-century maritime trade network, and also help to clarify the relationship between the Portuguese and the Chinese merchants, who were considered to be rivals. The book analyzes the change of types and quantity of excavated Chinese ceramics from Mexico City over time. It references the trade depression during the mid seventeenth century, when the ceramic finds from Mexico City suddenly decreased, and the trade between Asia and America seemed to slow down; and it seeks to understand the effect on people from various social backgrounds in both regions. The study also considers the Atlantic coastal trade in Spain; this featured Chinese ceramic finds from Galician excavation sites. The author postulates a hypothesis that these ceramics did not come into Spain through the Manila Galleon Trade or via Atlantic trade with America, but from Lisbon where the coastal trade route powered a large amount of diverse commerce.