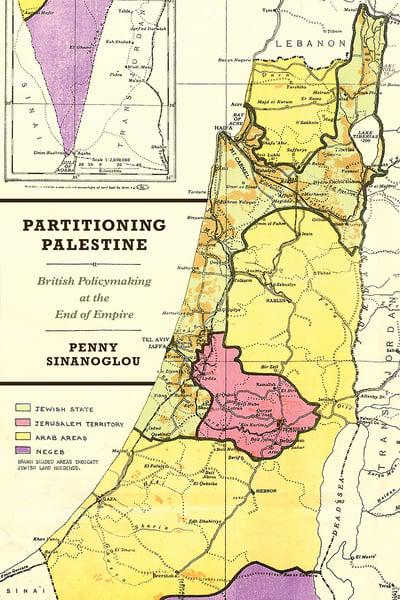 Partitioning Palestine
british policymaking at the end of empire

Partitioning Palestine is the first history of the ideological and political forces that led to the idea of partition-that is, a division of territory and sovereignty-in British mandate Palestine in the first half of the twentieth century. Inverting the spate of narratives that focus on how the idea contributed to, or hindered, the development of future Israeli and Palestinian states, Penny Sinanoglou asks instead what drove and constrained British policymaking around partition, and why partition was simultaneously so appealing to British policymakers yet ultimately proved so difficult for them to enact. Taking a broad view not only of local and regional factors, but also of Palestine's place in the British empire and its status as a League of Nations mandate, Sinanoglou deftly recasts the story of partition in Palestine as a struggle to maintain imperial control. After all, British partition plans imagined space both for a Zionist state indebted to Britain and for continued British control over key geostrategic assets, depending in large part on the forced movement of Arab populations. With her detailed look at the development of the idea of partition from its origins in the 1920s, Sinanoglou makes a bold contribution to our understanding of the complex interplay between internationalism and imperialism at the end of the British empire and reveals the legacies of British partitionist thinking in the broader history of decolonization in the modern Middle East.