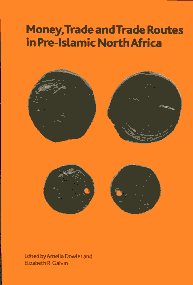 This book expands upon a conference held at the British Museum in 2008 that brought together scholars from differing fields specialising in ancient North Africa. This multidisciplinary approach allowed a number of subjects to be enriched through comparative evidence. The conference concentrated on the area the Romans knew as 'Africa' (the area of the modern Maghreb) to draw out evidence for trade and interaction amongst groups in central and western North Africa, allowing themes of trade and cultural influence to emerge from the interactions of the various ethnic groups in the pre-Islamic period. This book follows two main strands: firstly, the cultural identity of the people of this region and their interaction with neighbouring people; secondly, the development and extent of trans-Saharan trade routes in the pre-Islamic period. The Ancient North Africa conference was part of the Money in Africa project and this volume follows the publication of the Money in Africa conference proceedings, which covered more modern material. Amelia Dowler is the curator of Greek and Roman Provincial Coins in the British Museum. Elizabeth R. Galvin is an economic anthropologist specialising in Africa.

The welfare of food