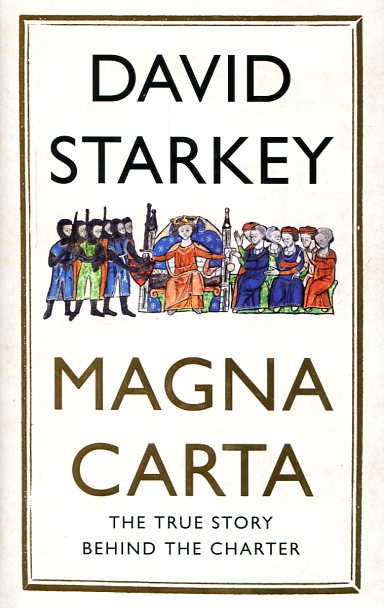 Magna Carta
the true story behind the charter

At Runnymede, on the banks of the River Thames, on 15 June 1215, the seal of King John was attached to the Magna Carta, and peace descended upon the land. Or that's what successive generations have believed. But is it true? And have we been persuaded (or persuaded ourselves) that the events of 15 June 1215 not only ended a civil war between the king and the barons but - as if by magic - established a British constitution beloved and copied throughout the world? Often viewed as a victory for the people over the monarchy and a cornerstone of democracy, the true significance of Magna Carta is misunderstood and misrepresented. In Magna Carta: The True Story Behind the Charter, David Starkey paints a vivid portrait of the years 1215-1225, ten revolutionary years of huge significance that produced not one but four charters. Peopled by colourful historical figures - John, the boy-king Henry, Pope Innocent III, Archbishop Stephen Langton, William Marshal - Starkey tells a story of treachery and idealism, politics and peace-making that is surprising and enthralling. Informative, entertaining and controversial, Magna Carta: The True Story Behind the Charter challenges centuries of myth-making to demonstrate how important it is we understand the true significance of that day beside the Thames, eight hundred years ago.