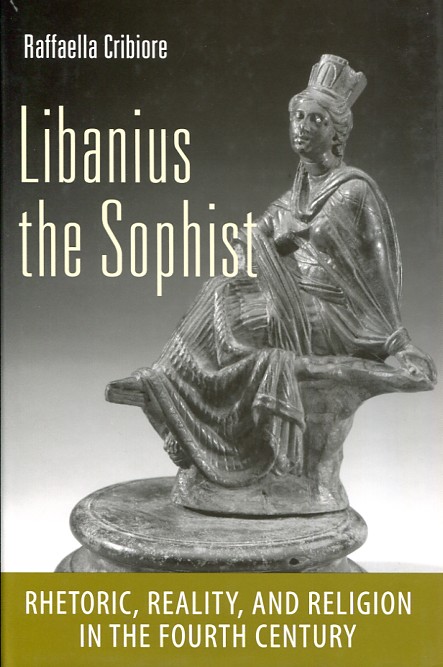 Libanius the sophist
rhetoric, reality, and religion in the fourth century

Libanius of Antioch was a rhetorician of rare skill and eloquence. So renowned was he in the fourth century that his school of rhetoric in Roman Syria became among the most prestigious in the Eastern Empire. In this book, Raffaella Cribiore draws on her unique knowledge of the entire body of Libanius’s vast literary output—including 64 orations, 1,544 letters, and exercises for his students—to offer the fullest intellectual portrait yet of this remarkable figure whom John Chrystostom called “the sophist of the city."

Libanius (314–ca. 393) lived at a time when Christianity was celebrating its triumph but paganism tried to resist. Although himself a pagan, Libanius cultivated friendships within Antioch’s Christian community and taught leaders of the Church including Chrysostom and Basil of Caesarea. Cribiore calls him a “gray pagan” who did not share the fanaticism of the Emperor Julian. Cribiore considers the role that a major intellectual of Libanius’s caliber played in this religiously diverse society and culture. When he wrote a letter or delivered an oration, who was he addressing and what did he hope to accomplish? One thing that stands out in Libanius’s speeches is the startling amount of invective against his enemies. How common was character assassination of this sort? What was the subtext to these speeches and how would they have been received? Adapted from the Townsend Lectures that Cribiore delivered at Cornell University in 2010, this book brilliantly restores Libanius to his rightful place in the rich and culturally complex world of Late Antiquity.