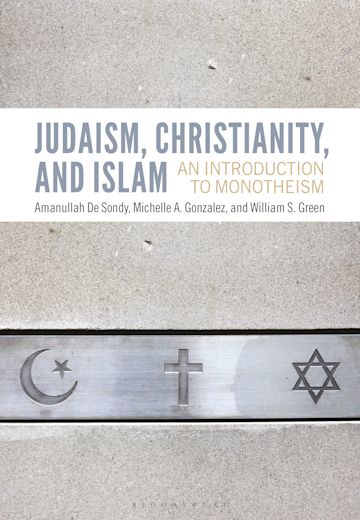 Judaism, Christianity, and Islam
an introduction to monotheism

Judaism, Christianity and Islam: An Introduction to Monotheism shows how a shared monotheistic legacy frames and helps explain the commonalities and disagreements among Judaism, Christianity and Islam and their significant denominations in the world today. Taking a thematic approach and covering both historical and contemporary dimensions, the authors discuss how contemporary geographic and cultural contexts shape the expression of monotheism in the three religions. It covers differences between religious expressions in Israeli Judaism, Latin American Christianity and British Islam. Topics discussed include scripture, creation, covenant and identity, ritual, ethics, peoplehood and community, redemption, salvation, life after death, gender, sexuality and marriage.

This introductory text, which contains over 30 images, a map, a timeline, chapter afterthoughts and critical questions, is written by three authors with extensive teaching experience, each a specialist in one of the three monotheistic traditions.