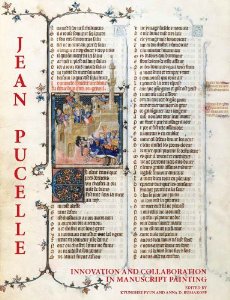 This book focuses on the works and legacy of Jean Pucelle, a French 14th-century artist.
Jean Pucelle (fl. ca. 1319-d. 1334) was one of the most prominent artists of the first half of the fourteenth century, an influential illuminator who worked closely with a number of collaborators both known and anonymous. A large number of lavishly-illuminated manuscripts have been attributed to him based on stylistic analysis.

Scholarly essays in this book explore issues crucial to the establishment of his distinctinve style: originality, technique, color palette, influence, levels of resemblance, the relationships between artistic media, and patronage. The contributors to this volume analyze the major works associated with Pucelle or the Pucellian style, and interpret pictorial elements in the tradition of artistic collaboration. This is the first collective work devoted entirely to Jean Pucelle and his legacy.