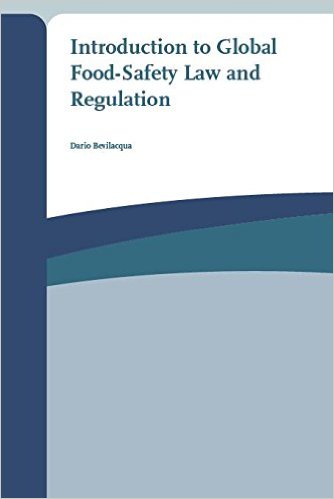 The subject of global food safety law and regulation is new, evolving, and still not definitive. On one side, it concerns a particular specific sector that, despite being connected to several issues and social interests, still presents its own specific and original features, as a sectorial system of governance. It not only concerns consumers' health protection and foodborne diseases, but also the economic interests behind food and agricultural production, such as the free trade of goods. At the same time, rules concerning food safety are characterized by certain peculiarities: the dialectic between producers' and consumers' interests, the scientific grounds, and the implication of cultural and traditional insights. This makes food safety a crucial issue in administrative regulation, as it shows how interests balance works, the weight of technical and scientific evaluations in public decisions, the level of impartiality and efficiency granted to the citizens, and the quality of democratic mechanisms ensured in the decision-making. Finally, as food is - as widely known - a key issue in the development and the well-being of every society, the quality of its regulation is always strategic and functional to the welfare of the people. That is why the issue of jurisdiction and competence or of interest balancing are, in such field, always complex, delicate, and open to conflict. On the other side, global food safety law and regulation is new because it does not regard only a single, closed, and united legal order. It is not simply national or European, and it is not even merely international. It is something more. Due to the phenomenon of globalization and to the interconnectedness of economies and societies - particularly evident in the food sector for the spread of world food trade - also the law becomes global. It assumes thus a transnational impact and a universal validity or efficacy. Global law is something different than international law. It coexists with it, but it does not occur merely among States: it is above the States and through them. Notably, it has a particular reflection for national public authorities regulating socio-economic sectors in accordance to common principles and rules coming from a new global legal space. The approach of this book is problematic and interdisciplinary. There are not mere descriptions or definitions. While much focus is given to cases, disputes, controversial issues, there is no strict separation among sciences and disciplines, while there are many connections, to open the mind to different solutions and to understand that a phenomenon can be regulated and viewed according to several views and disciplines, all formally legitimate but with different results, and framed according to a scientific, political or legal approach, which sometimes need to be combined together.