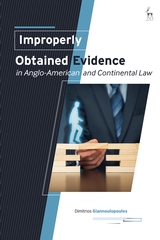 This is the first book to offer an extensive cosmopolitan, cross-cultural insight into the perennial controversy over the use of improperly obtained evidence in criminal trials. It challenges the conventional view that exclusionary rules are idiosyncratic of Anglo-American law, and highlights the 'constitutionalisation' and 'internationalisation' of criminal evidence and procedure as a cause of rapprochement (or divergence) beyond the Anglo-American and Continental law divide.

Analysis focuses on confessional evidence and evidence obtained by search and seizure, telephone interceptions and other means of electronic surveillance. The laws of England and Wales, France, Greece and the United States are systematically compared and contrasted throughout this study, but, where appropriate, analysis extends to other Anglo-American and Continental legal systems. The book reviews exclusionary rules vis-a-vis the operation of judicial discretion, and explores the normative justifications that underpin them. It attempts to reinvigorate the idea of excluding evidence to protect constitutional or human rights (the rights thesis), arguing that there is significant scope for Anglo-American and Continental legal systems to place a renewed emphasis on it, particularly in relation to confessional evidence obtained in violation of custodial interrogation rights; we can locate an emerging rapprochement, and unique potential for European Court of Human Rights jurisprudence to build consensus in this respect. In marked contrast, remaining divergence with regard to evidence obtained by privacy violations means there is little momentum to adopt a reinvigorated rights thesis more widely.

1. Introduction
I. Four Comparative Law Pillars
II. Linguistics
III. Who Excludes?
IV. At What Stage of the Process is Evidence Excluded?
V. What Happens after Exclusion?
VI. Organisation of the Book

6. Reinvigorating the Rights Thesis
I. Improperly Obtained Evidence and the Aims of the Criminal Process
II. 'Excluding Evidence as Protecting Rights' Revisited
III. Is There Support in Comparative Law for the Rights Thesis?
IV. Concluding Thoughts 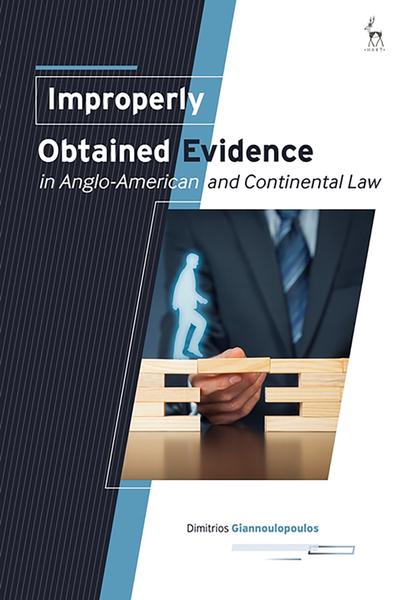