Imperialism, sovereignty and the making of international Law

This book examines the relationship between imperialism and international law. It argues that colonial confrontation was central to the formation of international law and, in particular, its founding concept, sovereignty. Traditional histories of the discipline present colonialism and non-European peoples as peripheral concerns. By contrast, Anghie argues that international law has always been animated by the 'civilizing mission' - the project of governing non-European peoples. Racial discrimination, cultural subordination and economic exploitation are constitutively significant for the discipline, rather than aberrations that have been overcome by modern international law. In developing these arguments, the book examines different phases of the colonial encounter, ranging from the sixteenth century to the League of Nations period and the current 'war against terror'. Anghie provides a new approach to the history of international law, illuminating the imperial character of the discipline and its enduring significance for peoples of the Third World. 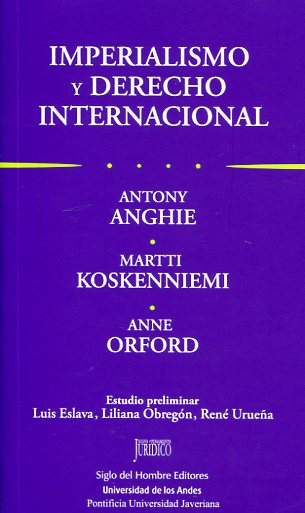