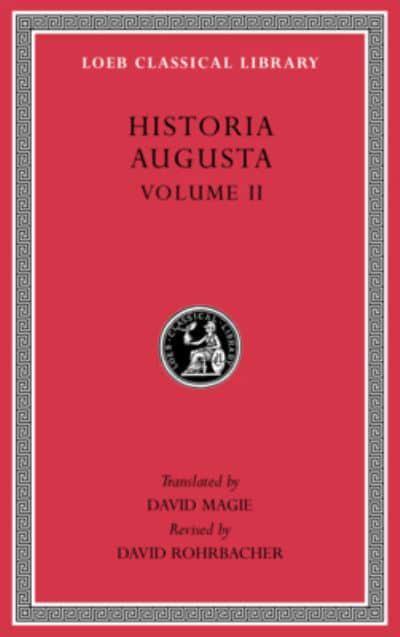 The Historia Augusta is a biographical work roughly following the model of the imperial biographer Suetonius (LCL 31, 38) and covering the lives of the Roman emperors from Hadrian (r. 117-138) to Carinus (r. 283-285), with a lacuna between the lives of the Gordians and the Valerians. Although the work comes down to us as a collection of thirty books written by six different authors, it is now generally considered to be the creation of a single individual writing under several pseudonyms no earlier than the late fourth century. It is a thoroughly enigmatic work whose origins, nature, and purpose remain obscure; the very beginning of the life of Hadrian is lost, and with it any general introduction that may have existed.While the Historia Augusta is our most detailed surviving source for the second and third centuries, often providing details beyond the Greek accounts, it is not a trustworthy source for historical information: too many of the details are anachronistic, unsupported, or preposterous, or contradicted internally or by better sources, and many documents, speeches, acclamations, and inscriptions that it quotes or cites are entirely fictional.The Historia Augusta nevertheless has its attractions: for the connoisseur of biography the author provides plenty of wordplay, puns, allusions, literary games, and mock-scholarly digressions, and for the casual reader he offers vivid characterizations of emperors both good and bad.This revision of the original Loeb edition by David Magie offers text, translation, and annotation that are fully current with modern scholarship.