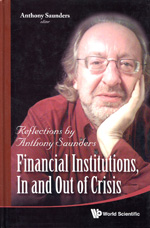 Financial institutions, in and out of crisis
reflections by Anthony Saunders

Great strides have been made in research into financial intermediation over the past 15 to 20 years. Indeed, as a result of the recent financial crisis, research in this area has become increasingly important. This volume presents selected works of Anthony Saunders which are highly relevant to many of the broadly defined issues that arose during the crisis. The first section focuses on regulatory issues such as universal banking and bank consolidation (via mergers and acquisitions), as well as the importance of deposit insurance and related too-big-to-fail guarantees, all of which became controversial during the recent crisis. In subsequent sections, the focus shifts to issues relating to relationship lending and bank risk management. In particular, issues of incentives for managerial risk taking as well as its control, which have been proven to be pivotal during the crisis and given rise to numerous concerns about controlling management compensation and bank risk-taking activities, are lucidly discussed. 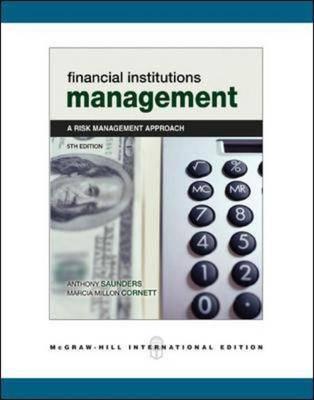 Credit risk measurement in and out of the financial crisis