Europeanisation of administrative justice?
the influence of the ECJ's case Law in Italy, Germany and England

Some 40 years after van Gend en Loos, the impact of European law on the administrative laws of the Member States of the European Union has manifested itself intensely and in many different aspects, because of the influence of both the European Court of Justice and EC legislation. This impact is particularly striking in relation to administrative law, because, as a part of public law, administrative law had long been deemed an area of monopoly of the State and a clear outgrowth of the State sovereign powers that precluded interference from any other jurisdiction. As of today, European law influences virtually all areas of substantive administrative law, administrative organisation, decision-making proceedings and judicial protection. Amongst those areas, this book focuses on the influence of the European Court of Justice s case law on five selected aspects of the Italian, German and English rules on the judicial review of administrative action. Taking as a starting point the ECJ's case law on domestic remedies, the book reports the results of an investigation as to whether, and to what extent, the national courts have applied the standards of protection set out in the ECJ s case law. Furthermore, it is investigated whether, in the areas in which a process of Europeanisation has taken place, the ECJ s case law has contributed to an increasing similarity of the three legal systems. Finally, the book discusses whether, for the purposes of ensuring an effective judicial protection of Community rights, the rules on the decentralised enforcement of EC law in administrative courts should be harmonised by the European legislator. 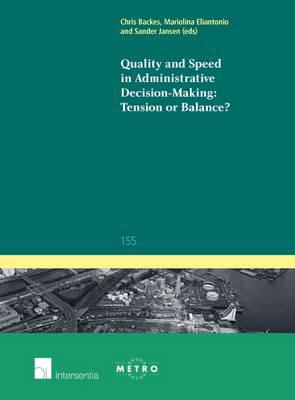 Quality and speed in administrative decision-making 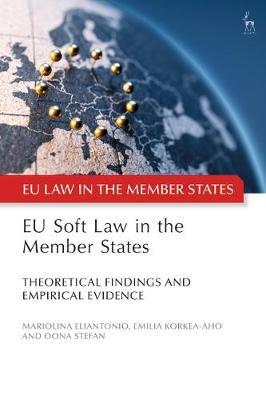