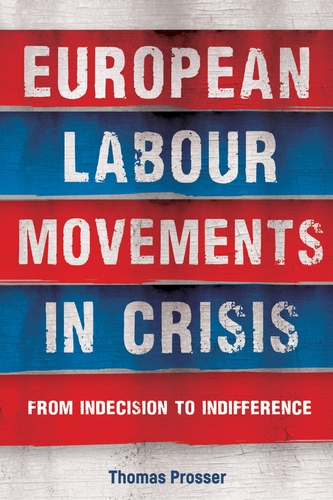 European labour movements in crisis
from indecision to indifference

In this book, Prosser argues that labour movements respond to European integration in a manner which instigates competition between national labour markets. It bases its hypothesis on analysis of four countries - Germany, Spain, France and Poland - and two processes: the collective bargaining practices of trade unions in the first decade of the Eurozone and the response of trade unions and social-democratic parties to austerity in Southern Europe. In the first process, although unions did not intentionally compete, there was a drift towards zero-sum outcomes which benefited national workforces in stronger structural positions. In the second process, during which a crisis resulting from the earlier actions of labour occurred, lack of solidarity reinforced effects of competition.

Part III: Answering the question
8 Insiders and outsiders on a European scale
9 How do labour movements respond to European integration?
10 Intergovernmentalism, disintegration and the importance of European unity
Appendix 1: List of semi-structured research interviewees