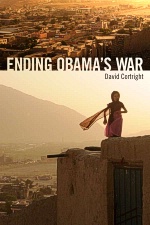 During his presidential campaign Barack Obama repeatedly criticized the Bush administration’s policy of invading and occupying Iraq, but he was equally firm in declaring his support for the U.S. military mission in Afghanistan. In his widely quoted speech at a Chicago antiwar rally, Obama declared, “I’m not opposed to all wars. I am opposed to dumb wars.” It was thus no surprise that President Obama expanded the U.S. military commitment in March and then again in December 2009. And now, smart or not, Afghanistan is Obama’s war.When Obama announced his intention to begin military withdrawals from Afghanistan just eighteen months after sending more troops to the country, the reactions ranged from ridicule to disbelief. Why send tens of thousands of additional troops only to remove them soon afterward? To many critics, the announcement seemed to continue the folly of Obama’s withdrawal from Iraq.Now, with the death of Osama bin Laden, the calls to end the war in Afghanistan are growing even louder and responsible military withdrawal is urgent, making the book Ending Obama's War more timely than ever.In these pages, peace scholar David Cortright dissects the “unwinnable” war in Afghanistan and offers realistic alternatives for ending armed conflict and insurgency while continuing to help the Afghan people with development and human rights. Ending Obama’s War is intended to help hold President Obama to his policy of beginning military withdrawals in 2011. It outlines a responsible military disengagement strategy and links it to agreements on security cooperation, political power sharing, and a regional diplomatic compact.Cortright pays special attention to the status of women, documenting the precarious progress Afghan women have achieved since 2001 with the aid of Western donors: increased schooling, improved access to health services, and the beginnings of community-based development. Authoritative yet highly readable, Ending Obama’s War helps cut through the uncertainty many feel about the best way forward in Afghanistan. It shows that a strategic plan for ending the war is possible and will be beneficial to the Afghan people, especially women. This is a book for all who are searching for answers on Afghanistan.