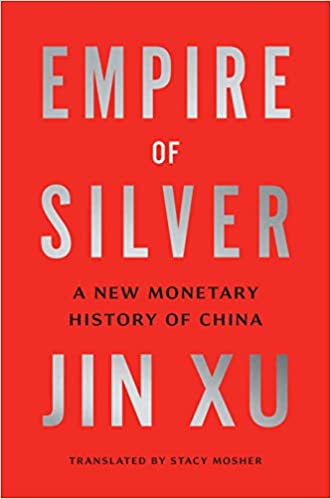 Empire of silver
a new monetary history of China

This revelatory account of the ways silver shaped Chinese history shows how an obsession with 'white metal' held China back from financial modernization. First used as currency during the Song dynasty in around 900 CE, silver gradually became central to China's economic framework and was officially monetized in the middle of the Ming dynasty during the sixteenth century. However, due to the early adoption of paper money in China, silver was not formed into coins but became a cumbersome 'weighing currency', for which ingots had to be constantly examined for weight and purity, an unwieldy practice that lasted for centuries. While China's interest in silver spurred new avenues of trade and helped increase the country's global economic footprint, Jin Xu argues that, in the long run, silver played a key role in the struggles and entanglements that led to the decline of the Chinese empire. Translated by Stacy Mosher.

INTRODUCTION: The Curse of Silver
ONE: The Divergent Fate of Silver in the East and the West
TWO: The Song and Yuan Dynasties: Experimenting with Paper Currency
THREE: The Ming Dynasty: The Silver Standard and Globalization
FOUR: The Late Qing: Collapsing in Chaos
FIVE: The Republican Era: Farewell Silver, Hello Inflation