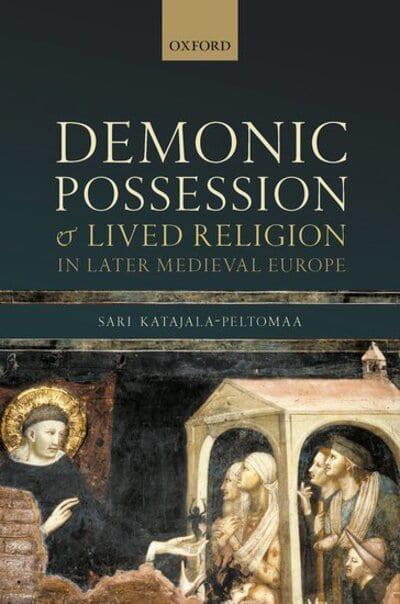 Demonic possession was a spiritual state that often had physical symptoms; however, in Demonic Possession and Lived Religion in Later Medieval Europe, Sari Katajala-Peltomaa argues that demonic possession was a social phenomenon which should be understood with regard to the community and culture. She focuses on significant case studies from canonization processes (c. 1240-1450) which show how each set of sources formed its own specific context, in which demonic presence derived from different motivations, reasonings, and methods of categorization. The chosen perspective is that of lived religion, which is both a thematic approach and a methodology: a focus on rituals, symbols, and gestures, as well as sensitivity to nuances and careful contextualizing of the cases are constitutive elements of the argumentation. The analysis contests the hierarchy between the 'learned' and the 'popular' within religion, as well as the existence of a strict polarity between individual and collective religious participation. Demonic presence disclosed negotiations over authority and agency; it shows how the personal affected the communal, and vice versa, and how they were eventually transformed into discourses and institutions of the Church; that is, definitions of the miraculous and the diabolical. Geographically, the volume covers Western Europe, comparing Northern and Southern material and customs. The structure follows the logic of the phenomenon, beginning with the background reasons offered as a cause of demonic possession, continuing with communities' responses and emotions, including construction of sacred caregiving methods. Finally, the ways in which demonic presence contributed to wider societal debates in the fields of politics and spirituality are discussed. Alterity and inversion of identity, gender, and various forms of corporeality and the interplay between the sacred and diabolical are themes that run all through the volume.