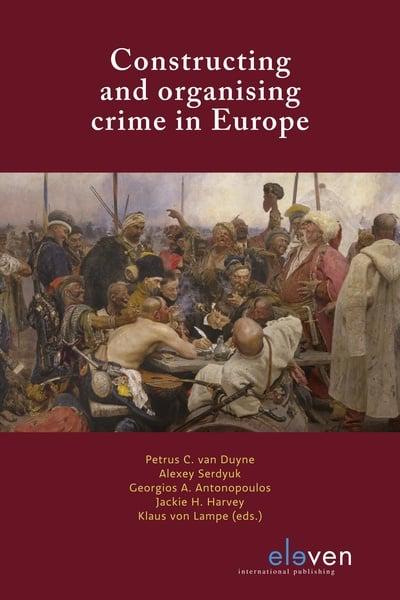 Constructing and organising crime in Europe

Crime is not just a reality 'out there', but also the outcome of social constructions: crime is often 'in the eye of the beholder'. When society changes, that is the 'beholders', new developments can be seen as disturbances, which under the pressure of the concerned citizens, can be constructed as crimes. This criminalising construction can be observed concerning irregular migration: refugees, asylum seekers or just irregular migrant workers, seeking their luck in Europe. Regardless of their legal status they are looked upon as a (crime) threat and associated with human smuggling and exploitation of trafficked persons, whether or not in combination with organised crime.

This is discussed in this volume of the 19th Cross-border Crime Colloquium, held in June 2018 in Kharkiv, consisting of peer-reviewed contributions from 25 expert authors and young and upcoming researchers. They cover many issues at the centre of criminological and criminal policy debates, such as corruption, the mafia, Chinese organised crime, irregular migration and arms trafficking, examples of crossborder crimes that concern us all in Europe and beyond.