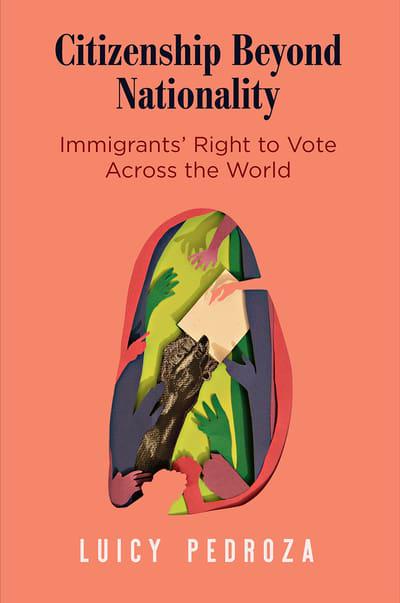 Citizenship beyond nationality
immigrants' right to vote across the world

In Citizenship Beyond Nationality, Luicy Pedroza considers immigrants who have settled in democracies and who live indistinguishably from citizens-working, paying taxes, making social contributions, and attending schools-yet lack the status, gained either through birthright or naturalization, that would give them full electoral rights. Referring to this population as denizens, Pedroza asks what happens to the idea of democracy when a substantial part of the resident population is unable to vote? Her aim is to understand how societies justify giving or denying electoral rights to denizens.

Pedroza undertakes a comparative examination of the processes by which denizen enfranchisement reforms occur in democracies around the world in order to understand why and in what ways they differ. The first part of the book surveys a wide variety of reforms, demonstrating that they occur across polities that have diverse naturalization rules and proportions of denizens. The second part explores denizen enfranchisement reforms as a matter of politics, focusing on the ways in which proposals for reform were introduced, debated, decided, and reintroduced in two important cases: Germany and Portugal. Further comparing Germany and Portugal to long familiar cases, she reveals how denizen enfranchisement processes come to have a limited scope, or to even fail, and yet reignite. In the final part, Pedroza connects her theoretical and empirical arguments to larger debates on citizenship and migration.

Citizenship Beyond Nationality argues that the success and type of denizen enfranchisement reforms rely on how the matter is debated by key political actors and demonstrates that, when framed ambitiously and in inclusive terms, these deliberations have the potential to redefine democratic citizenship not only as a status but as a matter of politics and policy.