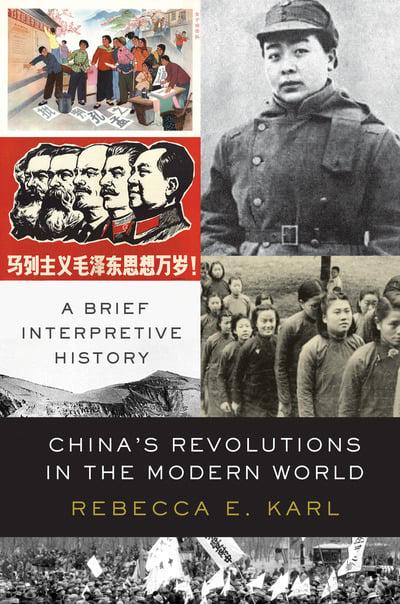 China's revolutions in the Modern World
a brief interpretive history

China's emergence as a twenty-first-century global economic, cultural, and political power is often presented as a story of what Chinese leader Xi Jinping calls the nation's "great rejuvenation," a story narrated as the return of China to its "rightful" place at the center of the world.

In China's Revolutions in the Modern World, historian Rebecca E. Karl argues that China's contemporary emergence is best seen not as a "return," but rather as the product of revolutionary and counter-revolutionary activity and imaginings. From the Taipings in the mid-nineteenth century through nationalist, anti-imperialist, cultural, and socialist revolutions to today's capitalist-inflected Communist State, modern China has been made in intellectual dissonance and class struggle, in mass democratic movements and global war, in socialism and anti-socialism, in repression and conflict by multiple generations of Chinese people mobilized to seize history and make the future in their own name. Through China's successive revolutions, the contours of our contemporary world have taken shape. This brief interpretive history shows how.