Cases, causes and controversies
fifty tales from the Law

What do Prince Charles, Bette Davis, Sir Ian Botham, Mrs Victoria Gillick and a man whose family grave appeared in the background of a splatter horror film have in common? Each of them felt they had been wronged in some way, and each went to court to try and do something about it. Sometimes their case was a purely private argument. Others brought cases of national importance, or claims which raised acute moral and ethical principles. Some won handsomely, while others lost so badly that they ended up far worse than when they started. This new book looks at fifty legal disputes from Victorian times to the present day, where a compelling moral or legal issue was at stake, or where the background to the case was interesting, amusing or infuriating. It begins with three Victorian murders, including the law student favourite of R v Dudley and Stephens, the case of shipwrecked sailors eating the cabin boy and later facing trial for his murder. It then covers cases ranging from the early days of Hollywood and both world wars, through to modern day battles over superinjunctions, MPs' expenses, the vexed relationship between religion and law, and the sometimes hazy relationship of law and sport. Some of the stories border on the absurd. Why did the legendarily tough international sportsmen Ian Botham and Allan Lamb show no fear in the face of hostile fast bowling on the pitch, yet go to their lawyers when their old opponent Imran Khan said something they didn't like in a newspaper? Irony runs through many of the cases. Bette Davis was left penniless after losing her case in England and felt she had no option but to return to America and resume working for the studio she had unsuccessfully sued. But after doing so she became one of the richest and most acclaimed actresses in history. In other cases the irony is less happy: the indigenous rights campaigner Eddie Mabo won a great victory for his people, but was shunned by them during his lifetime and never lived to see his final legal victory. Then there are the outright tragic: the execution of the civilian Charles Fryatt by the Germans during the Great War, for example, shocked not only his own side but neutral observers of the day as well. Written in a clear, accessible style, free of legal technicalities, the book will be of interest not simply to lawyers but to anyone interested in stories of great human interest and how the legal system tried to deal with them. For lawyers and the general reader who is interested in current affairs, history and law in action.

Globalization and the limits of national merger control laws 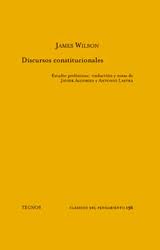