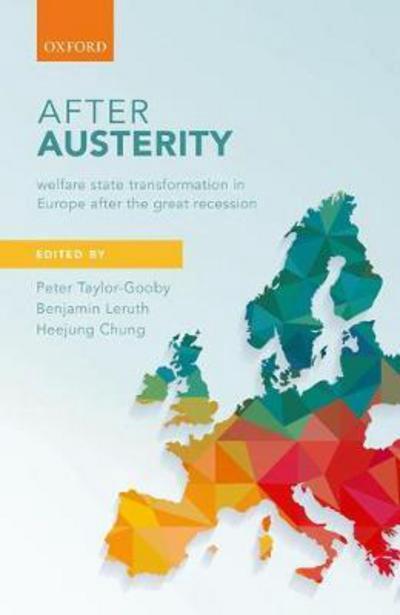 After austerity
welfare state transformation in Europe after the Great Recession

European welfare states are undergoing profound change, driven by globalization, technical changes, and population ageing. More immediately, the aftermath of the Great Recession and unprecedented levels of immigration have imposed additional pressures. This book examines welfare state transformations across a representative range of European countries and at the EU level, and considers likely new directions in social policy. It reviews the dominant neo-liberal austerity response and discusses social investment, fightback, welfare chauvinism, and protectionism. It argues that the class solidarities and cleavages that shaped the development of welfare states are no longer powerful. Tensions surrounding divisions between old and young, women and men, immigrants and denizens, and between the winners in a new, more competitive, world and those who feel left behind are becoming steadily more important. European countries have entered a period of political instability and this is reflected in policy directions. Austerity predominates nearly everywhere, but patterns of social investment, protectionism, neo-Keynesian intervention, and fightback vary between countries. The volume identify areas of convergence and difference in European welfare state futures in this up-to-date study - essential reading to grasp the pace and directions of change.