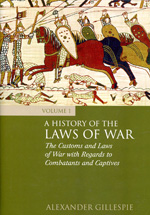 A history of the Laws of war

This unique new work of reference traces the origins of the modern laws of warfare from the earliest times to the present day.aRelying on written records from as far back as 2400 BC, and using sources ranging from the Bible to Security Council Resolutions, the author pieces together the history of a subject which is almost as old as civilisation itself.aThe author shows that as long as humanity has been waging wars it has also been trying to find ways of legitimising different forms of combatants and ascribing rules to them, protecting civilians who are either inadvertently or intentionally caught up between them, and controlling the use of particular classes of weapons that may be used in times of conflict. Thus it is that this work is divided into three substantial parts: volume 1 on the laws affecting combatants and captives; volume 2 on civilians; and volume 3 on the law of arms control.a As a work of reference this set of three books is unrivalled, and will be of immense benefit to scholars and practitioners researching and advising on the laws of warfare.a It also tells a story which throws fascinating new light on the history of international law and on the history of warfare itself. a'The law impacts on modernamilitary operations at all levels. The importance of understanding the influence of internationala law, andathe constraints, whichait places upon the conduct of armed conflict, is an essential area of study. Dr Alexander Gillespie's three volume work traces the development and scope of this law from the earliest times through the modern day.aIn doing so he identifiesaconstant themes and commonaprinciples in the law, as well, unfortunately, as all too common breaches. Commanders and historians,aas well as lawyers, will find this book of great value.aIt is written in a practical andauseful style and brings to light many fascinating examples of the law at work in times of war from which contemporary lessons can be learned'.Brigadier Kevin Riordan, Director General of Defence Legal Services for the New Zealand Defence Forces. 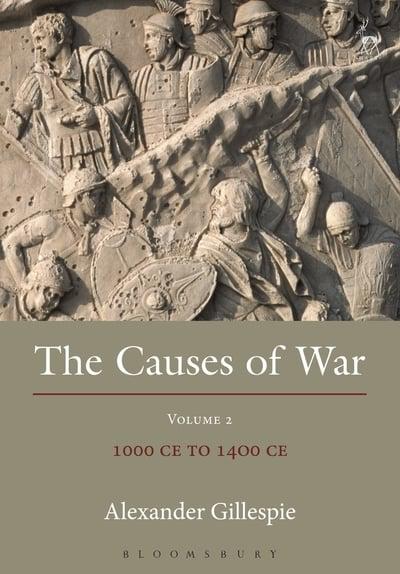 The causes of war